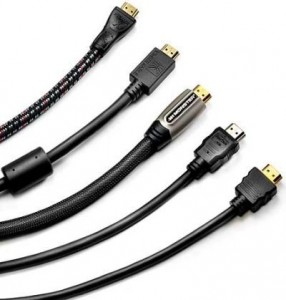 Many people wonder whether the HDMI cable they select will impact the picture quality of the image they are getting on their display. In general the subtle degradation of image quality caused by cable quality is not something that occurs. These concerns, however, are reinforced by stores that sell high cost/profit HDMI cables from suppliers like Monster Cable that promote their products as being superior to others.

It is true that all HDMI cables are not equal. So what are the issues? The problems that I see in the field with HDMI cables include:

There are four causes of problems that I find to be most common.

Active HDMI cable systems that include some level of intelligence like RedMere, Honeywell CURxE Light, fiber optic and balun systems should be avoided if possible. These systems may be required if you have long HDMI cable runs (30ft+), but be aware these are the most common source of compatibility problems in systems that I work with.

Surprisingly, less expensive cables that meet the HDMI specification for your system from monoprice.com tend to work very well. If your cable is less than 15ft in length and not thicker than a pencil I see no problems and would not be very concerned about what I chose to purchase. I would always choose the thinner non-active cable when available if it meets the specification to minimize the chance of damaging the cable connector or the connector in the equipment. Any HDMI cable routed through a wall should be checked before it is installed to ensure it works with the equipment intended to be used in the installation.

I am aware of two independent tests run on passive HDMI cables that show they are mostly identical until you get to the longer lengths. One was by the CBC (Canadian Broadcasting Corporation) and the other was by Audioholics. I have also found that 40ft+ older cables that were not originally certified for higher speeds may actually function properly with 3D and other high data rate applications.