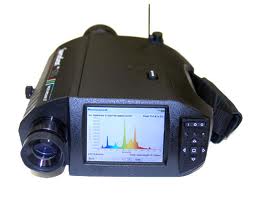 I read a significant amount of discussion about metameric failure on the internet today as the reason displays that are calibrated are not matching each other when viewed side by side. My experience is that calibration tools, methods and the display equipment are much more to blame than metameric failure is.

A metamerism is the situation in which two color samples with different spectral power distributions (light wavelengths) appear to be the same color. This is how various colors of light can be mixed together to make the same color and is the basis for all of the display technologies in use today. Without metamerism we would not be able to have differing technologies capable of displaying the same image. This is also the basis for the CIE calculations used to calculate the color and intensity of what we see. Metameric failures are the conditions where this rule of mixing light fails us and is not a failure of the CIE color measurement system itself.

When in a post production environment I encounter displays of varying technologies that can be viewed together. The color performance can differ between products, but when the errors are strong it does show up on my tools. When the errors are small the displays will match very well as indicated by the software because metamerism generally works. The following are a few of many experiences with this.

I was at a local post production facility recently for example and obtained a very good match between a professional Panasonic plasma of less than stellar quality and a highly accurate Sony OLED monitor using no LUT or external video processors. The whites between these two products matched when set to D65 with my spectrophotometer without any manual correction to the measurement. The post production engineer said that people have reported on the internet the Sony OLED is not matching other products because of metameric failure. We did not observe that to be the case. When you examine what metameric failure really is, it does not really make much sense as being the primary cause of color errors for that technology.

I also do some work with a facility that conducts an annual comparison of display products that is discussed on the internet. When I arrived there after this demonstration the owner asked me how accurate the calibrations were on the two products that were considered to be the best at that time. After a little analysis I informed him that neither was set to match the standards very closely. He then asked me to adjust them to see the difference. One display was calibrated with a Minolta CS-200 using CalMan and the other with a Klein K-10 using CalMan. Once I finished this he could not believe how well they matched compared to before. They were not identical, but the differences were reduced to a minimum and limited more to motion handling and near black performance for those products. I explained to him that I see this frequently because most people use calibration tools that are not good enough to reduce the errors to the point where it is difficult to see them.

Lastly, I was at Focus Features setting up a screening room for them that included a color grading monitor and a Sony SXRD projector. When I was finished the head of post production examined the system and could not believe the match that was obtained between the projector and the monitor. This was done with only my tools and no special LUT devices. He claimed to have never seen this happen in all of his years in post production between dissimilar display technologies. I personally see it on a regular basis.

To achieve this level of quality I use a High Sensitivity 5nm band-pass Photo Research PR-670 along with proprietary software. I also own an X-Rite i1Pro that I find is not accurate enough to get a match between products with dissimilar spectral characteristics. I discovered after considerable testing of other spectrophotometers that the 5nm PR-670 is the only tool that gave me the accuracy and sensitivity that I wanted. I know some motion picture studios also use this same device and others require a Photo Research tool because of their ability to achieve a good color match between displays.

This is where different materials can match in color under one light source, but will appear different under another light. This is caused by the materials reflecting each spectra in different manners and not a failure of the CIE color measurement system to measure these colors properly. It is most commonly seen when the illumination for a photographic print is not full spectrum or the light source is the wrong color. This is not a problem associated with flat panel displays because they are not reflective technologies and metamerism works to match displays of differing spectra, but could be an issue when trying to match a projection system with different screen materials with different projection technologies. This error can be corrected for in the projection application with good measurements from the screen and correction of the errors caused by the screen surface behavior in the projector.

This is where one observer can see a color match and another will not because of differences in vision between them. This is a big problem if an observer is colorblind, but studies (ie. Pobboravsky) have shown that for typical observers the mean difference is about 1 dE CIELAB with a 95% confidence level of 3. This means that the differences between normal observers on color matching is very small and less than a level of 5 which is noticeable by most people. I have also worked for many consumers who are colorblind and have found that they prefer an image calibrated to the standard. I believe this is because it still matches what they see better than before calibration even though we actually see different things.

This is where material attributes vary between objects such as translucency, gloss or surface texture. One material can look the same from one angle and not the other. This does come into play with displays to various degrees. LCD flat panels are notorious for changing color with the viewing angle. All display technologies change intensity with viewing angle to some degree depending on the coatings and protective surface. Gain screens that are used in front projection will alter the color and light intensity as the observer changes viewing angle. When using a projection screen without gain the color does not significantly shift with viewing angle. This is the reason many post production facilities use screens like Stewart Filmscreen’s StudioTek 100 which is a very neutral material spectrally. I have tested many projection materials and the results of these tests can be found here.

This is where the size of two color samples of the same material changes our perception of the color. This type of failure occurs because our eyes see color differently if it is in the center of our vision, when compared to how color is perceived in your peripheral vision. This error can occur if you are viewing images of dramatically different sizes. This is the reason that when you select a paint sample it can look different to you after the wall is painted, but yet the sample will match the wall. It is important to view images at a similar relative scale to avoid this error.

I believe metamerism is our friend and is the reason our displays work well. A failure of the CIE measurement system to accurately represent color is also not the root cause of many of the display calibration errors seen in practice. Ignoring metameric failure is a mistake, but blaming it for problems not associated with it is equally flawed. I believe many of the display errors seen today can be reduced with the use of better tools and display equipment. The best image systems I encounter are associated with the best displays after proper calibration. I find adding external devices or using complex adjustments in an attempt to have a more accurate image is generally not very effective without excellent tools. The better the display you own and the more critical the application the more careful you need to be about the tools and methods you use to achieve accurate color reproduction.