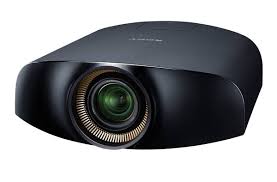 At this time I have worked on many Ultra High Definition (UHD) projectors and flat panel displays that have UHD sources. Based on these observations and other industry updates several things are becoming clear to me about what we know and what we do not know. The good news is that UHD content can look amazingly better than 1080p. For example, I compared Lawrence of Arabia on Blu-Ray to the Sony server UHD version. The difference was astounding. The bad news is there are going to be many hurdles to overcome before everyone can get the full benefit of UHD.

I see is a lot of confusion in the market place. This is caused by changing HDMI standards, changing HDCP standards, and the lack of UHD sources for the home at this point. The following is a list of items required to display all UHD sources at this time in all of their glory:

HDMI 2.0 is required for 2160p @ 50/60Hz in 2D and 3D. HDMI 1.4a will pass 2160p at 24p in 2D. Products with this capability will be released shortly and some UHD displays already sold are going to be updated by the manufacturer to support HDMI 2.0. Luckily the cable specifications have not been changed so your existing HDMI cables are very likely to work for Ultra HD as well.

The copy protection method used on HDMI called HDCP has also been updated to version 2.2 in an attempt to fix security problems so studios are more likely to allow UHD content to be delivered to the home. The problem with this is you will need an HDCP 2.2 compliant display to view UHD content from sources that demand this level of security. This means that many UHD sources are likely to require HDMI 2.0 and HDCP 2.2 to be able to receive 4K/UHD content. It initially appeared that HDMI 1.4a would be sufficient to display UHD at 24p, but requiring HDCP 2.2 means this will not work for any UHD source that requires this level of security. This also means that all devices in the video chain (receivers, video processors…) will need to support HDCP 2.2 to be able to display UHD content that requires the new HDCP protocol.

Obtaining full bandpass of 2160p material is not happening in all products at this time. My observations are that the current UHD flat panels are showing the benefits much more clearly than the projectors at this point. The scaling found in some flat panels is also exceptional at converting quality 1080p material to even better material when upscaled to 2160p similar to what we have seen with displaying a DVD on a 1080p display. I suspect the issue with projectors displaying Ultra HD properly at this time is caused by limitations in the optical system. A primary factor is probably the size of the imager. I see a strong correlation with a projectors apparent sharpness to the size of the imaging device used. It should be noted using a larger panel requires a larger lens or more limited lens shift. The image panel sizes of current projectors are listed below to show how products in the market today vary:

I have been surprised at how great a distance I can be from an UHD display and still see the benefits. This can be as little as 3.3 screen heights. I suspect part of this is because the film grain is interfering with the pixel size on 1080p sources and creating image artifacts in the process. 4 times smaller pixels in the source data is creating a vastly clearer image as a result with film sources.

Content delivery of 2160p material is very limited today as it was in the early days of high definition. How this content will be delivered and the business case for it is still unclear. The data requirements are significant along with the change in infrastructure in many areas including, cable companies, broadcast companies, film production, internet providers and the like. How all of this will shake out is unclear at this point, but many are spooling up to try and take advantage of this new technology. I will say some in the film industry I have talked to are waiting on 4K to see where it goes so all of the major studios are not bought into this yet. Hopefully, it will be much more successful than 3D which has seen the recent discontinuation of ESPN’s 3D channel.

An Ultra HD Blu-Ray equivalent has yet to be announced, but the rumors are strong about it happening. What the standard will be is unclear at this time. Hopefully, this will occur because the availability of high speed internet that has both the throughput and capacity to handle a large quantity of this material is a problem for many today. This is caused by limits placed on monthly downloads of data by cable providers and system limitations that are geographically dependent.

There is also a new video standard for UHD known as Rec. 2020 that complicates the picture as well. This standard has a wider colorspace than the current Rec. 709 used for 1080p along with other potential improvements that unfortunately is not compatible with the film industries DCI-P3 standard. I see many problems with this. Here are just a few.

Currently it is pretty rare to see a Rec. 709 in a display done right. Adding a new standard along side Rec. 709 is likely to cause many problems. First the consumer would have to switch modes manually between the various sources like we have to do with DVD’s that are authored in SMPTE-C versus those in Rec. 709. Doing this properly is very tricky and rarely done with those sources and the odds of this going well with Rec. 2020 is not good. The second issue is the film business would need to have the ability to display and convert between Rec. 2020, Rec. 709 and DCI-P3 accurately. I have measured some current Ultra HD products that have a DCI mode and they were horrible at doing it from many respects. I fail to see the value in all of this repeated twiddling with video standards. I have seen Rec. 709 along side properly done DCI-P3 and the differences when things are done well on both are not stark in most cases. The industry needs to either stick with Rec. 709 or adopt a new standard and discontinue use of the old one. Trying to handle many different video standards simultaneously will add exceptional complexity making the odds of this going well in peoples homes much worse instead of really improving things.

All-in-all Ultra HD is bringing many improvements to image quality to peoples homes. The problem is that several issues remain to be solved or determined for us to be able to enjoy these products to their full extent on a regular basis.

Thanks for the props.

If a source requires HDCP 2.2 an HDMI 1.4 device will not display it. It will depend on the vendor as to what they require.