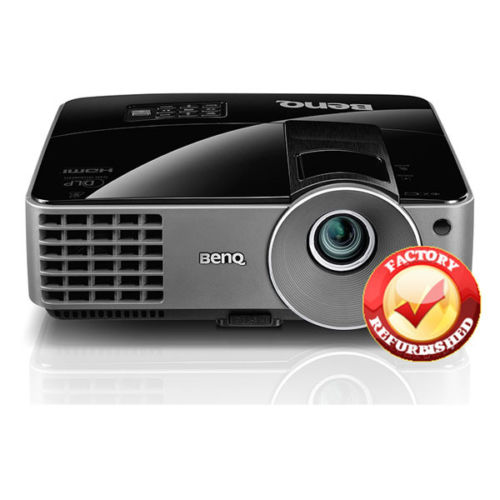 Used and refurbished projectors are available from many sources on the internet. I have purchased several of these for my own use and have worked on many in peoples homes. I also work on units in peoples homes after thousands of hours of operation. Some of these are great value purchases and others can be heavily worn from use and are a far cry from what they were new.

Many people believe that you can restore a lamp based projector to like new performance by replacing the lamp. This can be true depending on the technology used to create the image. DLP based projectors can have very long lifespans in the tens of thousands of hours. LCD, SXRD and LCOS based projectors are much more susceptible to wear from heat and ultraviolet light. I have seen some of these units heavily degraded in as little as 500 hours.

Display technology has changed over the years. One of the less publicized changes the fact is that many non three chip DLP projectors for home theater manufactured before 2013 where much dimmer than those with the same lamp wattage sold after that. Around 2013 many projectors started delivering much more light output at reference white. If you are projecting an image that is 100 inches or less in diagonal this may not be an issue, but if you are going larger than this projectors from 2013 forward will deliver better results with screens that have no gain characteristic.

DLP based projectors have several problems that can occur with use. A unit that is not sealed well can get dust inside of the light engine. These look like little fuzzy clouds in the image. Single chip DLP projectors have color wheel in them that spins to generate various colors. A color wheel can usually be replaced for $100-$500 if it has failed or is excessively noisy. These can have a loud high pitched whine when they are near the end of life. Color wheels are typically rated for 10-12,000 hours of operation and do not frequently fail early.

LCD, SXRD and LCOS based projectors have problems that can occur with use that are specific to these technologies. They can also get dust in the light engine like a DLP. They frequently suffer damage from heat and UV light that will discolor the image and/or reduce contrast after thousands of hours of operation. When you project a gray or white test pattern it should be similar in color across the image. A worn imager will typically look pink or reddish near the edges. The image can also look washed out or discolored near black. The impact of imager wear on image accuracy can be somewhat reversed if it is uniform across the image and the product has controls to correct for errors in the color of white in increments of 10 percent or less of signal input.

The only projectors I would buy used or factory refurbished are DLP based products. These have the least problems with aging. I work on many DLP units that deliver images similar to what they were capable of doing when new for over 10,000 hours of operation. Almost all of the factory refurbished, demo or used units that I and my clients have purchased based on technologies other than DLP are so heavily degraded a new unit of much lower quality would have out performed the more expensive used unit. I would only consider a non DLP based product if you know it has less than 100 hours of operation on the projector.

Anybody know of someplace that buys projectors to be refurbished? We have had to replace two at church and I don’t want to just throw them away, especially if we can get a dollar or two out of them.

I would look at selling them on eBay.